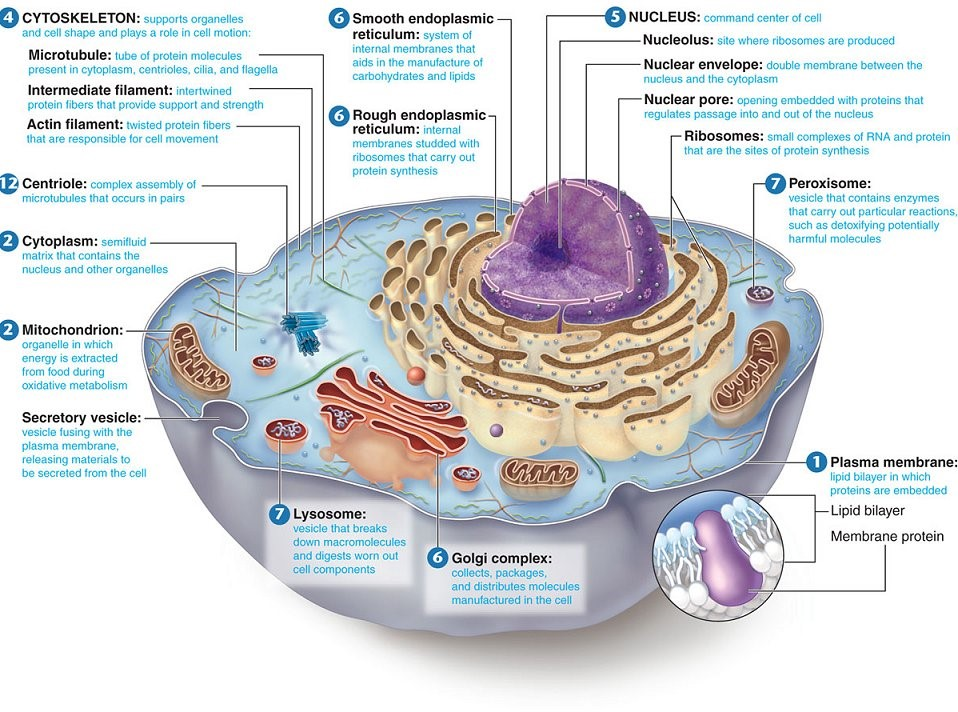 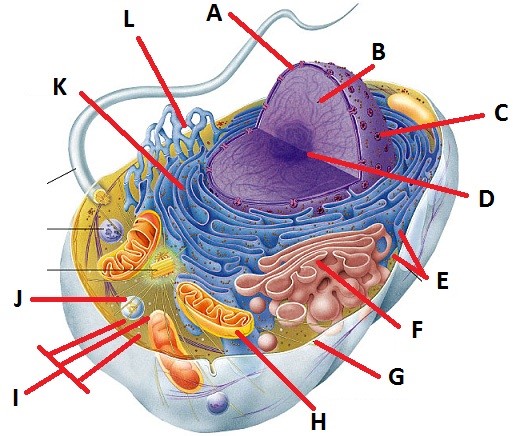 b. List of Functions of Cell Organelles-Function at a Glance

Many courses in introductory biology include cell biology and require knowledge of the basic functions of the organelles found in eukaryotic cells. It is useful to be able to summarize the main functions of each type of organelle in just a few words or sentences.

The following table of functions of cell organelles is a list of short summary information for each organelle.

The above list of functions of organelles shows that many, though not all, membrane-bound organelles are sites of biochemical reactions, i.e. where chemicals are made (= “produced”, “synthesized” or “biosynthesized”) or broken-down (= “degraded’) or changed in some way. Such chemical reactions are examples of metabolic processes and often form part of metabolic pathways. This is way knowledge of cell biology is useful when studying metabolism.

Levels of organization of life 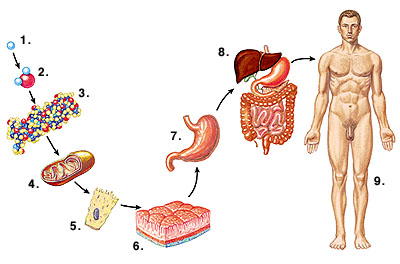 Structure of the Cell

Introduction to the cell

Introduction to the cell

Fueling the activities of life

Fueling the activities of life

Autotrophs are the producers of the biosphere

Photosynthesis is a redox process, as is cellular respiration

The root of a word is its main part and core meaning. These common medical root words give you a general idea of what you’re dealing with or specify a body part.

Most common medical terms used today are derived from Latin or Greek. After all, the Greeks were the founders of modern medicine. Examples of medical terminology used today based on the Greek language are List the Major Body Systems- Their Major Structures and Their Functions