Before You Begin—Let’s Get Something Straight!

Note: During the next class meet, you will be randomly assigned one of these groups to discuss during class. Then you will be given the task to compare them against the terms in each group assignment. The fun doesn’t stop there though. While teaching, and reinforcing one another, you will also be preparing to present each topic of discussion and critical thinking topic.

Certainly, you are encouraged, as always to draw up questions of your own and present them as well. MUST BE WITHIN THE CONTENT PROVIDED BELOW. Each group will then compete for 5 points towards the next quiz. EVERYONE MUST BE ABLE TO HOLD THEIR OWN WEIGHT IN THE GROUP. NO BYSTANDERS!

Group A–What is the difference between Conducting Zone and Respiratory Zone?

Conducting zone: it is a zone which conducts air and allows it to pass in and out of the lungs. This zone is made up of nose, pharynx, larynx, trachea, bronchi and bronchioles.

Respiratory zone: it is a zone where actual respiration and gas exchange takes place. This zone is made up of alveoli, alveolar ducts, and respiratory bronchioles

Group B–What is the difference between internal Expiration and External Respiration?

It has been a common mistake that people more often believe that respiration is just taking oxygen in and letting carbon dioxide out of the body. However, there are many more steps and processes involved than those in respiration. Respiration mainly has two processes known as the external and internal; in other words, breathing and actual respiration respectively. Both these are interrelated yet, different physiological processes. Breathing occurs first, and respiration takes place next. The places at which these two processes take place are different as well as the pathways of internal and external respiration are much different. Therefore, it would be interesting to discuss the differences in detail about both these processes.

Internal respiration is a metabolic process that takes place in cells, where glucose from food reacts with breathing oxygen to produce biochemical energy in the form of Adenosine triphosphate, abbreviated as ATP. This energy is extremely useful to perform all the biological processes except thinking or dreaming. In addition to glucose, amino acids and fatty acids are also commonly used nutrients for respiration with cellular oxygen.

External respiration is a physical process consisting of inhalation, exhalation, and relaxation. Inhalation is an active process while exhalation is passive. External respiration involves two stages known as ventilation and gas exchange. Ventilation is the movement of the air in and out of the lungs. Gas exchange takes place in the alveoli of the lungs. Two things happen during gas exchange; oxygen goes into blood and carbon dioxide diffuses out into lungs.

External respiration is a voluntary action, which the animal can control. However, animals do not always voluntarily breathe, but it is an ever happening involuntary process as the centers in the brainstem automatically regulate the external respiration.

Internal and External Respiration from a different prospective:

Group C—What is the Difference Between Inhalation and Exhalation

What are the difference between exhalation and inhalation?

Respiration is the process of exchanging oxygen and carbon dioxide between the cells of the body and external environment. According to physiology of the respiratory system, the process of respiration can be divided into two types; cellular respiration and external respiration. The cellular respiration includes the intracellular metabolic processes take place within the mitochondria. External respiration is the entire process of exchanging oxygen and carbon dioxide between the external environment and body cells. However, the respiratory system does not involve in all steps of respiration, but only involve in the initial steps including the ventilation of exchange of gasses between the lungs and blood. The rest of the steps is carried out by the circulatory system that includes the transportation of oxygen and carbon dioxide between the lungs and tissues via blood, and diffusion of gasses across the systemic capillaries. Inhalation and exhalation are the processes of ventilation (pulmonary ventilation), which govern the movement of air between the environment and alveoli in lungs.

Inhalation is an active process of which a person takes air into the body through the mouth and nose and pushes the air into the lungs. Inhalation is controlled by the brain. During the process of inhalation, the diaphragm and intercostal muscle contractions cause to enlarge the thoracic cavity. This creates a slight vacuum condition due to decreasing air pressure in lungs. Due to the pressure gradient between the atmosphere and thoracic cavity, air moves into lungs via trachea. When the air pressure equalizes, the inhalation stops.

Exhalation is the process of moving out of air from the lung to the outer atmosphere during ventilation. It is a passive process which does not involve muscle contractions. Although it is passive, it can be done actively by contracting the muscles of the wall of the chest and abdomen. During the process of exhalation, the diaphragm and intercostal muscle relax, causing thoracic cavity to decrease in size. It eventually creates a high pressure in the lung due to the reduction of volume and thus the resulted pressure gradient causes air to move out from the lungs through the trachea to atmosphere.

Inhalation and Exhalation from a different prospective:

Group D–What is the Difference Between Breathing and Cellular Respiration?

Though, in physiology, there is a well-defined difference between breathing and cellular respiration, many people used think that respiration and breathing are two equal terms to describe the oxygen intake and carbon dioxide elimination that take place in the respiratory system. In physiology, respiration has an extensive meaning. In this article, we focus on the difference between the two steps of the respiration process namely; breathing and cellular respiration. Respiration is a basic process of life and common to all plants and animals in the world. It is mainly characterized by the utilization of food molecules to produce energy and exchange of gasses. Based on the oxygen requirement, respiration is broadly categorized into two types; (a) aerobic respiration, which requires oxygen, and (b) anaerobic respiration, which does not require oxygen.

What is Cellular Respiration?

Cellular Respiration and Breathing from a different prospective:

Group E–What is the difference between inspiration and expiration?

Inspiration and Expiration from a different prospective:

Group F–What is the Difference Between Ventilation & Perfusion?

Ventilation is the goal of breathing.

Ventilation and perfusion are each needed to maintain life.

Group G: What is difference in hypoxia and hypoxemia?

The difference Between Hypoxia and Hypoxemia. Although many medical professional, as well as scientists, use hypoxia and hypoxemia interchangeably, they do not mean the same. Hypoxemia is a condition where the oxygen content in the arterial blood is below normal while hypoxia is a failure of oxygen supply to tissues.

Hypoxia and Hypoxemia from a different prospective:

Hypoxia and hypoxemia are two different conditions that are often used to indicate the same set of symptoms. In reality, they are different from each other in a number of ways. So, next time somebody thinks he is talking about hypoxemia and is actually talking about hypoxia, you will know how to correct them! Difference In Symptoms

The severity in both cases depends on the amount of air pressure the patient is receiving. A patient with mild hypoxemia may suffer from restlessness, confusion, anxiety or headaches. Patients with acute forms of the disease will suffer from increased blood pressure, apnea or tachycardia. Patients may also suffer from hypotension or irregular contractions of the ventricles. In extreme cases, the patient may even go into a coma. On the other hand, patients suffering from hypoxia have slightly different symptoms. These may include severe headaches, seizures and even death in extreme cases. As with hypoxemia, the degree of severity in the symptoms actually depends on the seriousness of the condition.

There are differences in the way the two conditions are tackled. For instance, since hypoxia can escalate into a life threatening condition within moments, it should be promptly treated. The patient will need life support measures, though not the machines involved in all cases. The patient is usually put on intravenous support and may need to take medications that prevent seizures and a high blood pressure. In contrast, a patient suffering from hypoxemia may be advised on lying flat on the ground because this increases the supply of oxygen. In more severe cases, the patient may need to be put on mechanical ventilation like CPAP. The patient may also be put on oxygen while he is on CPAP. Alternatively, the patient may also be provided packed red blood cells. This increases the supply of oxygen in the blood. However, it cannot be given to patients who suffer from polycythemia or an abnormally high supply of red blood cells.

Ok, now that we have the idea of some key concepts….lets mix and match them now.

What is the Different Between eacj of thee items above. i.e. Inspiration VS. Inhalation, Expiration Vs, Exhalation. Respiration Vs. Ventilation etc.

So, you didn’t get that 5 points opportunity, No Problem…that’s right, No Problem…Stay in you groups and you will be randomly assigned 25 questions from the below question bank. Answer them all right in the group and that’s right…5 points towards your next quiz.

SPECIAL NOTE: IF YOUR GROUP WINS BOTH SECTIONS IN THE COMPETITION…YOU WILL NOT HAVE TO TAKE THE NEXT RESPIRATORY QUIZ. YOU HEARD ME RIGHT, YOU WILL BE AWARDED 100 POINTS! HAPPY STUDIESJ

73 Alveoli are the sites of gas exchange. a. True b. False

173 The diaphragm is: a. is made of specialized connective tissue b. An organ and muscle c. A muscle only d. An organ Only e. None of the above are true 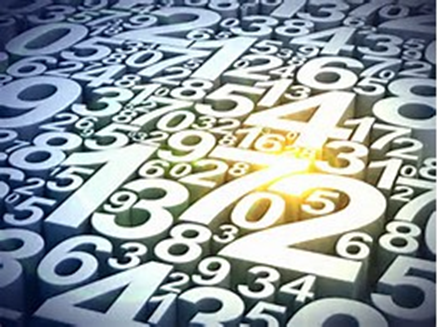 Even so, The group with the most points at the end…wins that completion. Once again, in each group exercise…YOU HAVE TO HOLD YOUR OWN WEIGHT. BYSTANDERS OR SPECTATORS IN THE GROUP WILL NOT BE AWARDD ANYTHING. EVERYONE MUST PARTICIPATE TO WIN PRIZE. EVERONE WILL TURN IN A WORKSHEET THAT WILL BE HANDED OUT. IT MUST BE TURNED IN AT THE END HIGHLIGHTING YOUR EFFORTS. Remember, winner receives 5 points towards their next quiz. So…practice you numbers:) SPECIAL NOTE: IF YOUR GROUP WINS 2 of the 3 SECTIONS IN THE COMPETITION…YOU WILL NOT HAVE TO TAKE THE NEXT RESPIRATORY QUIZ. YOU HEARD ME RIGHT, YOU WILL BE AWARDED 100 POINTS! HAPPY STUDIESJ Prof Xavier